Melting ice is forcing polar bears to swim more; the cost is high

One result of melting Arctic ice is that polar bears are forced to swim more often and further than ever to forage for food.

“Bears can more than double their body weight during the springtime foraging season when they hunt seals on the ice,” Griffen said. “As the sea ice melts earlier and earlier, polar bears are forced to swim more and more, both in frequency and distance, to reach seal populations. The time they have to forage is getting cut short and this has huge energetic costs.”

According to Griffen’s research, recently published in Polar Biology, it costs polar bears five times as much energy to swim as it does to walk the same distance. That cost became enormous in one case Griffen studied, where a female bear swam 687 kilometers over nine days: the bear lost 22 percent of its body weight and, worse, lost the nursing cub that had started the journey with her.

“Their entire world is driven by energy,” Griffen said. “Anything that places that extra energetic strain on the bear will affect its ability to survive.”

To determine how much energy polar bears use to swim, Griffen used previously recorded data on the core body temperature and the surrounding water temperature of a bear to estimate the total heat it would have to produce as it swims. Using additional data of a polar bear walking, Griffen was then able to use the relationship between heat production and metabolic rate to determine the metabolic rate of the swimming bear.

“I basically confirmed what everyone thought: they’re good swimmers but they’re not very efficient swimmers,” he said.

There, the body size of individual bears is getting smaller — they’re not growing as much because they have less energy — and the number of cubs being produced in litters is beginning to decrease. The end result is decreasing survival rates and smaller polar bear populations.

The research is a stark reminder of how climate change can affect the life cycle of specific animal species. This is Griffen’s first publication on polar bears, but it has opened up a new collaboration with Salt Lake City’s Hogle Zoo, where Griffen hopes to work with Hope and Nora, the two new polar bears that arrived this year.

Melting ice is forcing polar bears to swim more; the cost is high 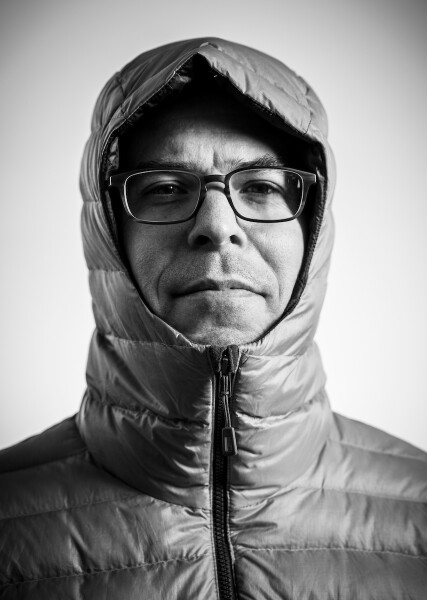